This detailed ‘PESTEL analysis of the USA’ aims to address some of the political, economic, social, technological, environmental, and legal issues concerning one of the greatest countries in the world. The United States of America (USA) is commonly known as the United States (U.S.). It is an economic and political superpower. In terms of nominal GDP, it is the largest economy in the world.

The USA contributed immensely to the founding and development of institutions such as the United Nations, World Bank, and international Monetary Fund. It is a highly developed country with a great reputation for its infrastructural and technological brilliance.

The USA is the second largest democracy in the world. The president is the head of the country and is elected for a four-year term. Elections held in the USA are usually considered fair and transparent.

The USA enjoys a stable political climate, even though there have been some challenges recently. It also has an enormous influence over the political dynamics of many countries around the world. However, the USA faces international criticism for some of its interventionist policies in some parts of the world.

The USA advocates and promotes democracy around the world. With a stable political environment, advanced infrastructure, and technology, it positions itself as a great destination for foreign direct investment.

An important element in the ‘PESTEL analysis of the USA’ is economy. The USA is the largest economy in the world in terms of nominal GDP. It is a country from where companies such as Coca Cola, McDonald’s, Subway, Microsoft, Apple, Facebook, Google, and many others are shaping and leading the socio-economic discussions of the world.

However, the global economic landscape is changing very rapidly which is a challenge for the USA. There is no doubt that it is an economic superpower and world leader. However, it may turn out to be the 3rd in the global ranking by 2050 in terms of gross domestic product by purchasing power parity.

The USA has a strong manufacturing sector, which is responsible for producing goods such as cars, electronics, and machinery. Its service sector is composed of industries such as finance, healthcare, and hospitality.

Some of the top exports of the USA are refined petroleum, crude petroleum, cars, integrated circuits, and vehicle parts that largely go to countries such as Canada Mexico, China, Japan, and Germany.

The top imports of the USA are computers, crude petroleum, broadcasting equipment, and packaged medicaments that mostly come from countries such as China, Mexico, Canada, Japan, and Germany (OEC, 2021).

Labour is not cheap in the USA, particularly when compared to that in China, India, and Mexico. Availability of cheap labour has encouraged many US firms to outsource many of their business activities around the world. However, this has angered many Americans.

The USA is the third most populous country in the world with a total population of approximately 335 million (Worldometer, 2023). It sees one birth in every 8 seconds, and one death in every 11 seconds. It has a big aging population which can cause problems, particularly in the supply of labour. However, it is not in the top 20 list of aging population in the world.

The culture of the USA is also incredibly diverse, as it is influenced by its numerous ethnic and racial backgrounds. This diversity is reflected in the country’s music, literature, art, cuisine, and other forms of entertainment.

The USA is one of the most highly educated countries in the world. It is home to some of the world’s most prestigious universities, such as Harvard University, Stanford University, and the Massachusetts Institute of Technology.

It is also one of the most advanced countries in terms of healthcare. However, health care is not usually free and certainly not cheap for many people.

Likewise, police violence, crime, and infant mortality rate are some other issues of grave concerns.  Consequently, the country needs to do a lot more to improve the law and order conditions.

People are generally health conscious; however, fast food culture has contributed to obesity and other illnesses in the country. A majority of the population has a liberal mindset; however, the country witnessed racial tensions recently which reminded many of the troubled times the country went through by the end of the Second World War.

The USA is also famous for its cuisine, which is a unique blend of traditional American dishes and international flavors. From burgers and fries to tacos and burritos, it has something for everyone. It also has a vibrant entertainment scene, with a wide range of activities and events, from sporting events to concerts to amusement parks.

The USA is very well known for social mobility though a decline was noticed in the last ten years. Social mobility refers to the upward or downward movement of people from one social class or economic level to another. In other words, it is a change in a person’s socio-economic situation (OECD, 2023).

Technological environment is an important element in the PESTEL analysis of the USA. The USA is the global leader in science and technology. Americans have a longstanding fascination for technology, and companies such as Apple, Microsoft, Google, Facebook, and many others have addressed the technological needs of the Americans and the people around the world. And in doing so, they have become the global leaders in their respective field.

The USA has been at the forefront for adapting and applying technologies in a wide variety of fields. Technologies have indeed changed the ways many things are done.

Many jobs have been transferred from the USA to other countries and production facilities have been relocated. While this has helped companies reduce their production costs, it has also made many Americans upset.

The rate of technological innovation and change is extremely rapid in the USA. However, the country faces strong challenges from a number of countries e.g. China, South Korea, and India.

The USA has an extremely diverse geography, climate, and wildlife. This diversity coupled with other factors such as breath-taking natural attractions, charming little towns, and vibrant cities has been a driving force to draw millions of tourists to the country.

However, the USA faces some of the toughest weather conditions in the world. The country has sustained over 220 weather and climate disasters in the last 40 years. These disasters have caused damages that are worth of billions of dollars.

Apart from financial damages, natural disasters also cause disruption to everyday life in the most technologically developed country in the world. Therefore, the country needs to do more to minimise damages.

Each state in the USA has its own government structure and legal scheme. Businesses come under the regulatory environment of the state in which they operate.

The USA upholds equal treatment of nationals and foreigners. It also offers a strong legal system to protect Intellectual Property Rights. Expatriate employees can expect an unbiased trial from the judicial system.

Summary of the PESTEL analysis of the USA

When it comes to the United States of America, there are so many things to explore. From its people and culture to its government and politics to its economy and education, it is a complex yet fascinating country.

Certainly, the USA is home to some of the world’s most impressive natural resources, art and entertainment, cuisine, companies, and technology. However, there are some areas where it can improve to beat competition and maintain its leadership status.

We hope the article has helped you explore PESTEL analysis of the USA (Country Profile). Please share the article link on social networks to support our work. Other relevant articles for you are: 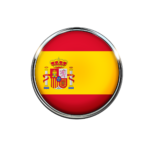