This detailed SWOT analysis of Coca-Cola aims to provide the readers with a comprehensive insight into Coca-Cola. It aims to identify Coca-Cola Company’s strengths and weaknesses. The opportunities and the threats facing the company are also discussed in detail.

Coca-Cola is the world’s largest beverage company. It is a name which is present virtually everywhere. Its products are seen in households, shops, airlines, hotels, restaurants, offices, and many other places. It has presence in more than 200 countries (Coca-Cola, 2022). It has been able to maintain its iconic products for decades and expand its reach across the world. However, it has some limitations that impact on its operations.

Coca-Cola reaches out to people in more than 200 countries (Coca-Cola, 2022). Such a global reach is a great strength for the company. Wherever people go, they are highly likely to see the presence of Coca-Cola around. Together with its over 225 bottling partners, Coca-Cola employs more than 700,000 people around the world (Coca-Cola, 2022).

Coca-Cola has been the market leader in the USA soft drink market for a long time (Ridder, 2022). Its market share in the U.S. carbonated soft drink was around 45% in 2020. It was the UK’s best-selling brand with sales topping £1.1 billion in 2016. Likewise, it has the largest market share in many countries around the world.

Customers have a variety of choices as Coca-Cola offers more than 500 brands. Coke, Sprite, Diet coke, Fanta, Coca-Cola Zero, and Smart water are some of the famous names which are behind the success of the company.

Intensive distribution strategy and the world’s largest distribution network have certainly played a big role in Coca-Cola’s global success. The company uses owned/controlled distributors, as well as independent bottlers, wholesalers, and retailers to take its products to customers. This has helped it reach out to even remote and not easily accessible areas of its global markets.

Coca-Cola has great marketing strategies. It uses a variety of media to promote products to its customers. It is famous for its guerrilla marketing techniques. Its logo is recognised by 94% of the world’s population. It targets people of all ages and uses celebrities for its adverts.

Coca-Cola’s CSR initiatives have drawn many people’s attention. For instance, it invested 1.9% of its prior year’s operating income in local communities in 2020 (Coca-Cola, 2022). Likewise, it empowered around 5 million women entrepreneurs across its value chain in the last decade.

A key part in this SWOT analysis of Coca-Cola is the discussion on weaknesses. Though Coca-Cola is the market leader in many countries, some of the ingredients it uses, drew a lot of criticism. For example, some people may have allergic reactions to ingredients such as aspartame, sucralose, and saccharin that are found in Diet Coke and Coke Zero. Likewise, some of the drinks contain artificial colourings which can lead to certain illnesses. In fact, Coca-Cola European partners recalled a popular product in 2020 over serious allergy concerns.

While some of the products e.g. Coke, Fanta, and Sprite are extremely popular, many of Coca-Cola’s products are somewhat unknown. It is evident from the company’s low profile advertising campaigns for those products. How many people know that ‘Honest Lemon Flavoured Herbal Tea with Honey’ or ‘Appletiser’ are Coca-Cola products?

Coca-Cola is one of the largest plastic polluters in the world. Along with some other global brands, it has been accused of doing too little to reduce its plastic waste which is very harmful to the environment (McVeigh, 2022).


Diet Coke, Coke Zero and Coke Life account a big chunk of Coca Cola’s UK sales. Clearly, the company has good opportunities in low and no sugar products. It can materialise these opportunities through further market penetration. Market penetration is one of the four strategies developed by Ansoff. ‘Understanding Ansoff matrix – an example of Coca-Cola’ offers useful insights into this topic.

Coca-Cola should carry out robust marketing campaigns to promote its less popular products. This will help it generate more revenues and market shares. In addition, as consumer behaviour shifting towards healthier living, it offers Coca-Cola more opportunities to explore.

Coca-Cola and other similar companies have been blamed for obesity crisis and some illnesses in many countries. Obesity rates are on the rise in USA, UK and many other both developed and developing countries. Therefore, growing awareness may encourage some customers to shy away from Coca-Cola.

Consumer confidence in Coca-Cola’s product could be threatened by new products or better marketing campaigns from competitors. If consumers were to lose trust in Coca-Cola’s brand, it could have a significant impact on its sales and profits. As long as competition is concerned, the biggest threat facing it is Pepsi. Similarly, Nestle, Red Bull, and Dr Pepper also put lot of pressure on Coca-Cola in many countries.

It will be useful here to consider some legal issues as well. For example, some countries are planning or have already planned to increase tax on sugary products. This could directly affect the sale of Coca Cola and other beverage company’s products.

To conclude, this SWOT analysis of Coca-Cola shows that the company can pursue a lot of opportunities even though it is facing a number of challenges. Its market size, geographical reach, brand recognition, customer loyalty, and financial resources have made it one of the top powerful brands in the world.

We hope this article SWOT analysis of Coca-Cola (Coca-Cola Company) has been helpful for you. If you have liked it, please share it with others to support our service.

You may also like reading Marketing mix of Coca-Cola and PESTEL analysis of Coca-Cola. Other relevant articles for your are: 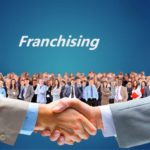 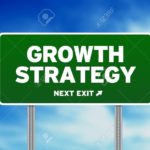