This is a detailed PESTEL analysis of France. The aim of this article is to explore some of the political, economic, social, technological, environmental, and legal factors affecting France today. France is officially known as the French Republic. It is a very powerful player on the global political stage.

France is one of the most important countries in the Western world, and plays a highly significant role in international affairs. It is a founding member of the United Nations and serves as one of the permanent members of the UN Security Council. It also plays a key role in the European Union as one of the leading member states.

France is one of the major allies of the United States. However, many analysts argue that a strong relationship and alliance between France and Germany may serve as an alternative to the American hegemony. France maintains good bilateral relations with the UK even though the historical ties between the two have been marked by many challenges (France Diplomatie, 2018). France enjoys a good political stability. However, the country has recently faced a number of law and order challenges. It is also worth mentioning that some of the French foreign policies have drawn widespread criticisms.

France is one of the top ten economies in the world. It contributes immensely to the GDP of the Euro area (Focus Economics, 2018). France is famous for its excellence in cosmetics and luxury products. It is also one of the global leaders in the automotive, aerospace and railway industries. However, it is worth mentioning that services are the main player in the French economy.

In addition to the UN, European Union, and Eurozone, France is also a member of G7, NATO, WTO, and OECD. The closest trading partner of France is Germany. France houses some of the largest companies in the world e.g. AXA, L’Oreal, EDF, Carrefour, LVMH, PPR, Areva, Veolia Environnement, JCDecaux, and Air France, to name but a few. The operations of these companies demonstrate that the French economy is very diversified.

France is one of the most modern countries in the world. It has a total population of 63.5 million. The life expectance for men is 78 years and 85 years for women (BBC, 2018). France is famous for its cuisine, fashion, perfume, cars, culture and language. No wonder why France is the most visited tourist destination. It is also interesting to note that French is the second most widely learned foreign language in the world.

While many French citizens enjoy high living standards, France is not without social challenges. The unemployment rate is high (9.3% as of August 2018). Industrial strikes, demonstrations, and labor unrest are common in France. Likewise, anti-immigration sentiment is rife with some spheres of the French society.

Technological environment is the next element to discuss in the PESTEL analysis of France. France is one of the most technologically advanced countries in the world. It has a remarkable history in the areas of science, IT, and space technology. In fact, it launched its first satellite more than 50 years ago.  With this, France became the third nation to launch its own satellite, and the sixth nation to have a satellite in orbit after former Soviet Union, USA, Canada, UK and Italy.

The usage rate of the Internet is stunning in France. Almost, 86% of individuals used the Internet in 2016 (Korrigane, 2017). However, competing with London to draw the attention of start-ups, venture capitalists and some of Silicon Valley’s biggest names is a big and on-going challenge for Paris. Likewise, shortage of computer engineers is also challenge.

France is the most visited country in the world with 89 million tourists visiting it in 2017. A good number of UNESCO World Heritage sites, and the stunning sights and sounds of France entice people from around the world to visit the country.

However, there are some environmental challenges that have raised concerns among the French residents and tourists. For example, air pollution is a significant environmental problem in France, so is water pollution. Other environmental concerns are but not limited to natural disasters, household waste, noise pollution, and the erosion of biodiversity.

Legal environment is the last element to discuss in the PESTEL analysis of France. A detailed discussion on the French legal environment is beyond the scope of this article. Therefore, the article touches briefly on some aspects of the labour laws in France.

The legal length of the working week is 35 hours in all types of companies. Employees may not work for more than 4.5 hours without a break (Expatica, 2018). The French labour laws have provisions for employee overtime, annual leave, sick leave, maternity leave, paternity leave, sabbatical leave, and some others.

Jo David has years of experience both in the UK and abroad. He writes regularly online on a variety of topics. He has a keen interest in business, hospitality and tourism management. 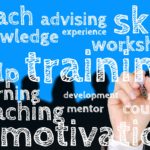 Abilities, skills and competences for a specific job role