This is a detailed SWOT analysis of the Walt Disney Company. It addresses a number of issues i.e. strengths, weaknesses, opportunities, and threats that could be very crucial for the company’s future strategic planning. It sheds light on these issues which Disney’s stakeholders should take into account while evaluating its current position and future prospects.

Strengths of the Walt Disney Company

The Walt Disney Company is an international family entertainment and media enterprise. It is widely known as Disney. Two brothers Walt and Roy O. Disney founded it in 1923. It is almost a 100-year-old company and has an enormous amount of market experience.

The Walt Disney Company has a very powerful brand image which is loved around the world. In 2021, it ranked 4th on the Fortune’s list of ‘World’s most admired companies’ (Fortune, 2021). In fact, it was one of the top 10 companies in the Fortune list in the past many years.

Disney has a diversified business portfolio which includes parks, studio entertainment, television, music, films, consumer products, and video games. The Disney+ streaming service has been an immense success (The Economist, 2020).

Disney has a strong and consistent financial position which has helped it initiate and complete new projects successfully and generate returns on capital expenditure. Stoll (2021) reports that the company generated a total revenue of $65.39 billion in the fiscal year 2020.

Disney has a highly skilled workforce, and it invests heavily on training and development. Most of its employees consider working for it as their dream job and feel like living in a fairy tale. This makes them very loyal and motivated to perform better.

Disney is very committed to its social responsibility. It takes pride in providing safe and fun experiences for both adults and children. It is also very committed to a number of important issues such as human rights, waste minimization, and conservation of water resources.

Weaknesses of the Walt Disney Company

Weakness is the next issue to be addressed in the SWOT analysis of the Walt Disney Company. Certainly, the Walt Disney experience is quite expensive. Therefore, it is not accessible to everyone. This leads consumers to find cheaper alternative forms of entertainment for their families.

There is a lack of new characters and stories. This can provide competitors with a good opportunity to capture some of the company’s market share by introducing new and different characters.

The Walt Disney Company was criticised a number of times in the past over a wide variety of issues. The issues that were at the forefront of the controversies included stereotypical characterization of non-white characters, prejudice, inclusion of animals at theme parks, and allegations of plagiarism. These controversies have damaged the reputation of the brand.

Due to the global lockdowns, most of Disney’s parks and entertainment venues were closed in 2020. This caused the company a loss of massive revenues and a big number of employees. For a lot of people, being redundant was not about losing a source of livelihood, but was about losing their dreams (BBC, 2020).

Opportunities for the Walt Disney Company

Due to its global reputation, Disney has the opportunity to expand into more countries. It should consider creating virtual theme parks and entertainment experiences in line with the new normal trend due to the current restrictive situations around the world.

Disney should take advantage of the increase in streaming activities and consider more options in order to increase revenue. Likewise, new trends in consumer behavior gives it an opportunity to build new income streams and also venture into creating new products.

Threats to the Walt Disney Company

Threat is the last topic of discussion in the SWOT analysis of the Walt Disney Company. New and cheaper products and entertainment provided by competitors can lead to a loss of revenue for the company. Likewise, new technologies built by competitors could pose serious threats to the company. Disney’s major competitors of different sizes in various markets are CBS, Sony, Comcast, Time Warner Inc., Fox, AMC Network, Universal Studios, Cedar Fair, Six Flags Entertainment, and DC.

The current global economic situation has led to many individuals losing their jobs and income. Therefore, they would not consider spending on non-essential products and forms of entertainment.

Since the Walt Disney Company operates in many countries, it is exposed to currency fluctuations. In volatile political scenarios, it may face a high risk with regards to these fluctuations. Likewise, price increases in raw materials and disruptions in supplies could lead to an unforeseen increase of the company’s costs.

We hope the article ‘SWOT Analysis of the Walt Disney Company (Disney SWOT)’ has been useful. You may also like reading SWOT analysis of Netflix and Marketing mix of YouTube. Other relevant articles for you are:

The Economist (2020) Disney plans to match Netflix in its spending on streaming, https://www.economist.com/business/2020/12/11/disney-plans-to-match-netflix-in-its-spending-on-streaming (accessed 20 February 2021)

Fahim Shah has been working in the UK as a visiting lecturer in Business and Tourism for the last 10 years. After completing a Bachelor’s degree in Business and Marketing, he went on to gain an MBA from the University of Bradford, the UK. He is a Fellow of Advance HE (FHEA) and a full member of the Association of Business Executives (ABE).

How to be a good team player? 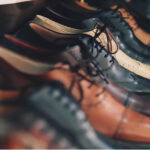 PESTEL analysis of the footwear industry