This detailed PESTEL analysis of Turkey aims to explore some of the political, economic, social, technological, environmental, and legal factors affecting Turkey today. Turkey is a beautiful country. It is also a major emerging economy and a key regional power.

Turkey, officially known as the Republic of Turkey, is a powerful transcontinental country bordered by Greece, Bulgaria, Georgia, Armenia, Azerbaijan, Iran, Iraq, and Syria. It also borders Egypt, Cyprus, Romania, Russia and Ukraine by sea. It is a secular state and was a parliamentary representative democracy until 2017 when a presidential system of government was adopted through a referendum. The new system makes the President of the Republic the Head of State. Turkey was once the centre of the Ottoman Empire.

Turkey is an important member of some of the biggest institutions in the world such as the United Nations, the IMF, the World Bank, the OECD, the OIC, the EEC, NATO, and G20. It is an ally of the United States of America. However, Turkey’s purchase of Russian S-400 has strained its relationship with the USA and the latter has recently removed the former from the F-35 fighter jet programme (BBC, 2019). Turkey also faced a big political challenge in 2016 when a military coup took place. The coup failed; however, created a lot of uncertainties and affected the political dynamics of the country. Similarly, the terrorist attacks, and political instabilities in neighbouring countries have affected Turkey to a great extent.

Although the political and security challenges stated above have been worrisome, Turkey is a relatively safe country to holiday and do business. The UK Foreign and Commonwealth Office (FCO) has lifted several warnings on visiting Turkey that were in place for the past few years. Many other big nations also see Turkey as a safe place and advise their citizens on travelling there accordingly.

Turkey has made serious efforts to join the European Union, however, any significant progress is yet to be seen. When and if it happens, Turkey will have access to one of the biggest markets in the world with perhaps freedom of movement for its citizens. However, Turkey and the EU are engaged in a dispute over the divided island of Cyprus. Likewise, many analysts see Ankara’s deepening relationship with Moscow as an obstacle to the accession to the European Union.

Turkey is a major emerging economy and a key regional power. It is a member of the MINT block. The term ‘MINT’, coined by famous British economist Jim O’Neill, stands for Mexico, Indonesia, Nigeria and Turkey. Turkish GDP in 2018 was $769 billion and the GDP per capita for the same year was $ 9,445 (World Bank, 2019). Turkey is currently an upper-middle-income country. This has been made possible particularly due to the impressive social and economic developments (increased employment and incomes) the country has been making since 2000.

Turkey is one of the biggest exporters of a number of commodities. Its top exports are cars, gold, delivery trucks, vehicle parts, and jewellery. Other notable exports are knit T-shirts, raw iron bars, wheat flours, refined petroleum, and buses. Turkey’s top imports are gold, refined petroleum, cars, vehicle parts, scrap iron, broadcasting equipment, and coal briquettes (Trading Economics, 2019). Germany is the top export destination of Turkey, while China is the top import origin. Turkey is the EU’s 5th largest trading partner, both in exports and imports.

Impressive infrastructural developments, and strategic location have made Turkey one of the most attractive FDI (Foreign direct investment) destinations in Europe. The areas where FID is highly sought after are technology, textiles, health, education, public transport, telecommunications, shipbuilding, electronics, and biotechnologies. Overseas investments by Turkish companies have increased manifolds in the last decade as well. A lot of the country’s investments go to Eastern European countries such as Poland, Hungary, Romania and Serbia.

Social environment is the next issue to discuss in the PESTEL analysis of Turkey. The total population of Turkey is approximately 83 million as of July 2019 which makes up around 1.08% of the total population of the world (World meters, 2019). The life expectancy for men is 72 years while 79 years for women. Turkish is the official and major language, and Kurdish is widely spoken as well. Turkey is a secular state and the major religion is Islam.

Turkish people are generally welcoming and friendly, and many cities (particularly Istanbul) are multi-layered and multi-cultural. Sitting between East and West, and drawing elements from both continents have helped Turkey produce its own unique cultural identity. While many countries in Europe are facing challenges such as as ageing and shrinking populations, Turkey has a very young, dynamic, and well-educated population. This shows the country has a huge potential for productive employees who can meet the needs of domestic and international investors.

Turkey has hundreds of private TV and radio stations which compete with TRT, the state broadcaster. Likewise, it is rich and diverse in sports. Football is the most popular sport in the country; however, basketball, wrestling, volleyball, and handball are also very popular. Turkey is well-connected with the rest of the world due to its geographic location, and Turkish people have an international mindset. However, there are some social challenges facing the country today. For instance, social exclusion, poverty, and declining liberalism within the society can be considered in this regard.

The Turkish technology market is rapidly growing and going beyond the confines of cities to reach out to rural areas. Heavy government investment in the sector has been a major factor in the acceleration of progress. Turkish people are increasingly becoming technologically advanced and their demands for tech products are on a rapid rise as well. The use of e-commerce, fixed broadband, mobile broadband, PC, software and mobile banking services have increased manifolds over the years and created massive business opportunities for entrepreneurs (ITA, 2019).

Turkey has a vision of becoming one of the top 10 technologically advanced countries in the world by 2023. It also aims to make 80 percent of the population computer literate. However, establishing an infrastructure that is capable to meet the current demands and future potential developments is a challenge. Therefore, substantial progress must be made sooner than later, and both private companies and public institutions need to a have a clear digital strategy.

While Turkey is a great place to visit, it faces some enormous environmental challenges. No doubt that it’s economic developments with massive industrial productions have caused higher levels of different types of pollution. Air pollution, marine pollution, climate change, deforestation, water scarcity, and nature degradation have added greater risks to the country’s environment. However, the Turkish government has taken a number of initiatives to reduce the strain on the environment.

The last element to address in the PESTEL analysis of Turkey is the legal landscape of the country. The Turkish constitution, also known as the Constitution of 1982, ensures equal treatment for both nationals and foreigners. The judicial system is independent and impartial which ensures justice for everyone in judicial matters.

Discriminating employees on the basis of their religion, race, language, gender, political views, and other similar grounds is prohibited by the Turkish law. A full-time job comprises of 45 hours of work a week. Hours worked over that limit is considered over-time. Employees are entitled to annual holiday, the duration of which is determined by the length of service. For instance, people working 1 to 5 years in a company are entitled to a minimum of 14 working days paid annual holiday.

How to write a business plan

M Rahman writes extensively online with an emphasis on business management, marketing, and tourism. He is a lecturer in Management and Marketing. He is a graduate of Leeds Metropolitan University and London South Bank University. 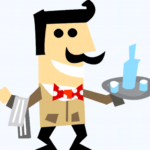 SWOT analysis of the USA’s Information Technology (IT) industry