This is a detailed SWOT analysis of Facebook. It examines the strengths and the weaknesses of Facebook. It also examines the opportunities and the threats facing the company. Facebook is a California-based online social media and social networking service company. Mark Zuckerberg and co-founders Dustin Moskovitz, Chris Hughes and Eduardo Saverin launched it on February 4, 2004.

It goes without saying that Facebook is the biggest social media network on the Internet, both in terms of brand recognition and total number of users. It has 2.20 billion monthly active users (Facebook, 2021). In addition, millions of businesses of all sizes use it for advertising purposes.

Facebook is one of the largest companies in the world by market value. Its market value in 2020 was around 600 billion U.S. dollars. It has a strong financial position as well. Its revenue grew from 7.87 billion in 2013 to 70.7 billion US dollars in 2018 (Clement, 2020). It is worth mentioning that most of Facebook’s revenue comes from advertising.

Facebook is an extremely versatile social networking site. What can you not do on Facebook? Connecting with friends and families, exchanging messages, sharing photos, links, and videos, receiving notifications of the activities of others are some of the things you can do on Facebook! In fact, the list of what you can do with Facebook is quite big!

Rapid expansion is a strength of Facebook as well. Facebook has taken over a number of big and small companies including WhatsApp and Instagram over the years. These mergers and acquisitions have helped it increase its span of operations even though the costs have been very high.

Facebook got caught up with a number of controversies over the years. For example, recent data breach has affected millions of users. Facebook admitted that the personal information of up to 87 million users may have been improperly shared with political consultancy Cambridge Analytica (The Irish Times, 2018). It has also been accused of not having a rigorous control on fake news, hate speech and depictions of violence. It is therefore not surprising to see that Facebook faces shrinking popularity (Durkee, 2020).

While advertising is the main source of revenue of Facebook, the click-through-rate (CTR) is a problem. Compared to many major websites, Facebook has a lower CTR. In addition, many advertisers allocate a relatively small advertising budget for Facebook.

Threat is the last element to address in the SWOT analysis of Facebook. A good number of social networking sites have already come into the market challenging Facebook. Twitter, Google plus, Linked In, Tumblr, Pinterest, Snapchat, and Flickr are some of the competitors of Facebook. However, it is worth mentioning that the social networking sites currently available are not anyway near to Facebook, particularly in terms of brand recognition and number of users. Other threats to consider are cyber crimes, legal challenges, and other online vulnerabilities.

If you liked any of these articles, please feel free to share with others by clicking on the icons below.

Durkee, A. (2020) Facebook Faces Shrinking Popularity, But Researchers Warn It May Be ‘Too Big To Fail’, available at: https://www.forbes.com/sites/alisondurkee/2020/08/11/facebook-faces-shrinking-popularity-but-researchers-warn-it-may-be-too-big-to-fail/?sh=3721486463fb (accessed 10 January 2021) 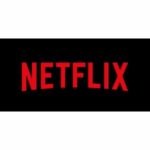 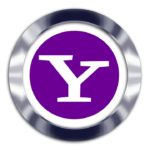