This is a detailed SWOT analysis of HSBC. It aims to analyse the strengths and the weaknesses of HSBC. It also aims to explore the opportunities and the threats facing the bank. HSBC is one of the largest banking and financial services organisations in the world.

It goes without saying that the HSBC brand is recognised worldwide. It operates in 64 countries and territories. The four global businesses that the bank has are Retail Banking and Wealth Management, Commercial Banking, Global Banking and Markets, and Global Private Banking. HSBC has more than 40 million customers worldwide (HSBC Group, 2022).

HSBC is a diversified financial institution. More than 50 per cent of its client revenue comes from businesses and individuals with an international presence. It is listed on the London, Hong Kong, New York, Paris and Bermuda stock exchanges. Its shares are held by around 194,000 shareholders in 130 countries and territories. It is also one of the largest mortgage lenders in the UK (HSBC Group, 2022).

HSBC’s initiatives with regards to corporate social responsibility are very good as well. It recognises its responsibility to contribute to the economic development and sustainable growth in the communities it serves around the world. For example, it announced the launch of a £500m Green SME Fund to help businesses of all sizes to transition and thrive in a low carbon economy (HSBC Group, 2022). Likewise, giving customers a ‘digital first’ option and sending their statements by email instead of postal delivery are two examples of helping customers function more sustainably.

HSBC has not had much success with social media advertising. It has not been able to promote its products successfully because it was not much successful to create an online presence that attracts customers with engaging contents.

HSBC customer satisfaction rate is not that great either. In fact, many customers are unhappy with its customer service. Similarly, many employees are unhappy as well who may not recommend friends or family members to work with it.

A computer glitch delayed 275,000 HSBC payments in August 2015 (BBC, 2015). HSBC also found itself mired in controversy in a number of times in the past years. For instance, it was one of the banks fined in the UK and the USA in 2014 in the Forex Scandal. Likewise, a US Senate committee issued a report stating that the bank was found in breach of money-laundering rules.

HSBC can grow further in many of its existing markets. Countries such as China, India, the UK, the United States and some others offer the bank opportunities for further growth. With a total of population of 1.40 billion, India is a fantastic market for personal banking. HSBC has potential to expand further in the British mortgage market as well.

Going into other untouched markets through acquisitions is worth exploring. In recent years, HSBC has been increasing its investments in emerging markets. This has helped it profit from new opportunities and expand its customer base.

Threat is the last element to address in the SWOT analysis of HSBC. The bank faces threats from a number of competitors because of its operations in many countries and territories. The main competitors of HSBC in the Unites States are JPMorgan Chase, Bank of America, Citigroup, Morgan Stanley, and Wells Fargo. Its main in the UK are Barclays, Santander, Lloyds, Nationwide building society, and the Royal Bank of Scotland.

The world of banking is competitive and, as a result, HSBC must be willing to take risks. However, what happens when those risks make it vulnerable? No doubt that it has done well in emerging markets; however, depending too much on them may be problematic as these markets are often volatile and can put it at risk. Many financial institutions have recently warned that emerging markets could suffer a decline in capital flows which would cause absolute credit risks to increase. In other words, this would have a negative impact on HSBC’s finances.

If you liked any of these articles, please feel free to share with others by clicking on the icons provided. newsletters. 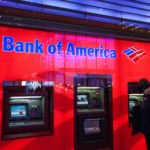 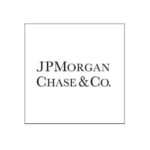