Six companies dominate the energy market in the UK, and they are often called the ‘Big Six’. The Big Six comprises of British Gas, EDF, SSE, npower, E.ON UK and ScottishPower. The Electricity Act 1989 opened the door to the world of privatisation of the energy industry and consequently, we saw the emergence of the Big Six companies in the market. Let us now explore a bit more about the Big Six energy suppliers in the UK.

E.ON UK is a subsidiary of the German company E.ON. Around 9400 people work for the company across the UK. It has 11% market share in the UK domestic gas supply market and 13% share in the domestic electricity supply market (Ofgem, 2018). It is worth mentioning that there are around five million customers who use E.ON services in the UK (E.ON UK plc. 2018).

npower is part of the Innogy group. Innogy group is a leading energy company in Germany that operates in sixteen countries across Europe. It considers Germany, the UK, the Netherlands and Belgium as its key markets. As of 2017 (Q4), npower has 8% market share in the UK domestic gas supply market and 10% share in the domestic electricity supply market (Ofgem, 2018).

SSE is another big giant among the Big Six energy suppliers in the UK. You may know that SSE plc is a Scottish energy company. It has business operations in United Kingdom and Ireland. As of 2017 (Q4), it has 11% market share in the UK domestic gas supply market. It also has 14% share in the domestic electricity supply market (Ofgem, 2018).

Many people have been questioning about the role of the Big Six in the UK energy market. They often think that the Big Six control the market and raise prices unfairly. However, the Big Six always maintain that they act reasonably and responsibly.

A good number of smaller suppliers have already entered into the UK energy market to challenge the Big Six to some extent. Consequently, we have seen a decline in the market share of the Big Six. The Big Six had 84% of the market share in 2016; however, the market share came down to 79% for electricity and 78% for gas in December 2017 (Reuters, 2018). It should be mentioned that the energy suppliers are under massive pressure by the government of the UK to reduce their bills.

We hope you like the article on the ‘Big Six energy suppliers in the UK’. You may also like reading Top 10 Supermarket chains in the UK and PESTEL analysis of the UK.

ScottishPower Ltd (2018) About ScottishPower, available at: https://www.scottishpower.co.uk/about-us/ (Accessed 08 May 2018) 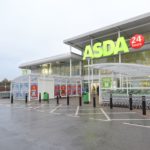