Products in the marketing mix of Coca-Cola

The Coca-Cola Company has a wide product range.It has more than 500 sparkling and still brands and sells approximately 1.9 billion servings a day globally.It offers 80 drinks across 20 different brands in the UK.

Over the years, the world has witnessed a growing awareness of the impact of a variety of drinks on public health.Unsurprisingly, the Coca-Cola Company’s response to the public concerns has been prompt.

For example, some of the products are now caffeine-free. The company also has a reduced or no-sugar, no-calorie option for almost all of its products. This has been very good to address the consumers’ growing concerns.

The Coca-Cola Company is one of the most valuable brands in the world. Its products come in different sizes and shapes which help customers choose the right amount of drink. All of its bottles and cans are 100% recyclable. Its net revenue for the year 2021 was $38.66 billion (Ridder, 2022).

Price in the marketing mix of Coca-Cola

Some analysts would argue that Coca-Cola also uses value pricing as the prices of its products are not so high that the average customer cannot afford to buy. However, the prices are not very cheap either which would have given the customers an impression of low quality. It is worth noting that the prices may vary from country to country, and city to city.

Place in the marketing mix of Coca-Cola

Place in the marketing mix of Coca-Cola refers to where the company’s products are available and how they are made available to the customers. Coca-Cola’s products are sold across the world. It has a wide network of distributors who take the products to shops, supermarkets, cafes, restaurants, gift shops, and many other outlets across the globe.

Anyone who travels can see that Coca-Cola is available almost everywhere, including airports and train stations. They can even find vending machines selling the products. In fact, Coca-Cola has developed an extensive distribution network. Its distribution strategy is very intensive as well. Therefore, customers find its products available almost everywhere across the globe.

While Coke’s ingredients are well-known, the exact recipe of Coca-Cola is a secret. The company produces syrup concentrate to sell to its licensed bottlers around the world. The bottlers then add filtered water and sweeteners with the concentrate to produce the final products in cans and bottles.

The bottlers then sell, distribute, and merchandise the finished products to retail outlets, restaurants, petrol stations, newsagents, corner shops and many more.It is not therefore hard to imagine how Coca-Cola products are available even in remote areas in many countries.

It is worth mentioning that the shapes and sizes of the bottles are predefined by the Coca-Cola Company, not by the bottlers. This allows it to keep control of its operations.

Promotion in the marketing mix of Coca-Cola

Promotion in the marketing mix of Coca-Cola usually refers to how the company communicates with its customers and stakeholders. The cost of maintaining the position of the global leader in the beverage industry is not cheap!

Unsurprisingly, the Coca-Cola Company spends billions of dollars every year in advertising globally. In fact, its yearly advertising spend is around 4 billion dollars (Ridder, 2022).

Coca-Cola has famous slogans like ‘Open Happiness’ and ‘Catch the Wave’ that are instantly recognisable, even to people who do not drink soft drinks. Its advertising is all about making the company seem like a global brand which is not an exaggeration; it is a global brand indeed.

The ads use languages and images from around the world and are in many different languages. It is worth mentioning that Coca-Cola has even been seen in outer space, having been placed on the International Space Station. However, some of its ads were criticised in the past for various reasons.

The Coca-Cola Company uses a variety of promotional strategies to take its messages to the customers.It uses different types of media for its advertising campaigns.Media platforms, e.g. TV, the Internet, newspapers, and social networking sites have all been used by the company.

It also makes use of different sales promotion techniques. For example, it offers special incentives and bulk-buying discounts to the distributors and the retailers.

Coca-Cola has also been one of the longest-standing corporate partners of FIFA for a long time. The partnership has been extended until 2030 (FIFA, 2022). The aim of the partnership is to support many FIFA-organized events around the globe, including FIFA’s Youth-, Women’s- and Men’s Tournaments which would surely further increase the visibility of Coca-Cola products.

However, it needs to work more on reducing its impact on the environment so that better public relations can be secured. It is worth noting that Coca-Cola has come under growing societal pressure to take responsibility for its share of plastic pollution around the world.

The Coca-Cola Company has built its reputation on providing excellent products. It has been around for a long time and has become one of the most recognisable brands in the world. It has used its excellent products and marketing strategies to create its global name and fame. However, some of its marketing techniques need further improvement.

Other relevant articles that may help your research are:

The Coca-Cola Company (2023) About us, available at https://investors.coca-colacompany.com/about  (accessed 05 January 2023) 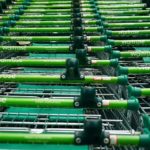 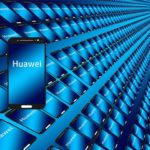